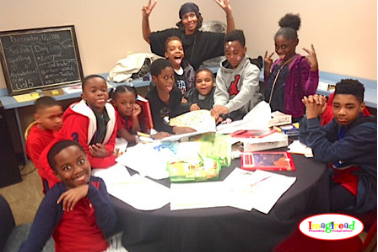 I remember it like it was yesterday. Scrolling through Facebook, looking at posts with absolutely no enthusiasm.

Houston had just experienced the worst hurricane in history only three months prior with a rainfall exceeding 20 inches. Thousands of families lost their homes and everything within. There was a lingering loom over the city, and I was sitting there scrolling through posts that reminded me just how fortunate I was.

I hadn’t lost my home and my belongings, but still, I was depressed beyond belief. The 2 jobs I worked to support my business, Imagiread, had stalled. The city had been on shutdown for weeks immediately following the disaster and redevelopment months later was slow.

What had become a normal scroll stopped me in my tracks when I saw that a friend posted about a grant for women business owners. I clicked the link, read the description and decided to apply. But that’s not where the story begins.

I started Imagiread back in 2011 out of a love of children’s literature. As an only child, my parents made sure that I had tons of books to enjoy. I often dreamt of uniting the Care Bears, Strawberry Shortcake, Mickey and Minnie and the gang from My Little Pony over for brunch every Sunday. I had that kind of imagination and thought it was normal. So normal that I wanted everyone to have it. Especially other children. So it just made sense that I’d grow up with that same enthusiasm for imagination, wanting every child to own and nurture it.

So in 2011 after moving to Houston just two years prior, I decided to invest part of my savings into the development of a children’s picture book I’d written while visiting my grandmother.

The book is entitled “It’s Water Time, Ma!” and it’s a S.T.E.M-based true story of my family’s water time experiences and promotes proper hydration and conservation for children. Reading it during a Lemonade Day event that a friend hosted with her daughter is how it caught the ear of the Executive Director of the Greater Houston Childcare Council. He immediately asked me to co-write a S.T.E.M-based curriculum with him for refugee students at a local middle school, and I obliged.

Little did I know that the agreement would officially make me a business owner with the responsibility of owning, operating, managing and scaling. 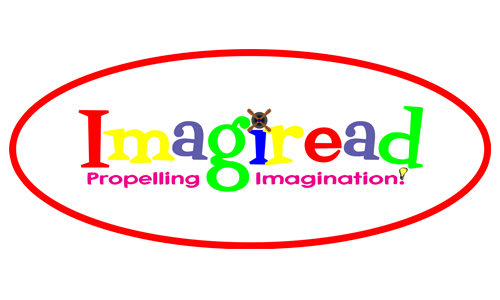 I spent the next few years developing curriculum, partnering with community organizations and speaking at local educational conferences about the importance of creating and maintaining a family literacy tradition. While the community was excited about Imagiread, I wasn’t making enough money to sustain the business. Back then digital marketing was a big deal, but I felt like in-person engagement was the route. Still, I was clueless about what it really takes to own and operate a successful business, but I stuck with it.

In 2014, I was asked to teach one of Imagiread’s programs during a summer program for children ages 3-5. It was a hoot, and I loved it, but parents wanted their children to sit and do worksheets and have homework, something I don’t believe in as an educator and a parent. I struggled, but did intersperse a few homework sheets here and there, and wasn’t invited back for the Fall.

At the time, my family and I were going through a significant financial crisis. It was shortly after that that I applied for a part-time position to help me maintain the business and continue to grow it. I knew I wanted to teach the programs I’d developed, and I knew families from all races, ethnicities, and socioeconomic backgrounds would benefit. The only thing standing in the way was capital. So in 2015 when I was invited to an event at the local United Way, I could have never dreamed that I would meet someone who would change the trajectory of Imagiread forever.

Her name was Claudia, and she walked right up to me and invited me to bid on a contract for after-school programs and services. I followed up and won the bid. Finally, Imagiread was taking off in a wonderful direction. I was able to reach more families with the data I’d collected from community engagement and children were being immersed into literacy development that’s culturally appropriate and authentic while supporting social-emotional learning skills.

It was awesome to show up time and time again and see results. Imagiread was finally growing in the direction I’d dreamed. I knew then that all I needed to do was leverage that growth and continue to work the two jobs I had to support it and Imagiread would be the next global literacy development system for families. And then came the hurricane.

When I applied for the Amber Grant, it was like planting a seed in winter. I did it to remind myself that my dream of access to socially responsible, culturally authentic literacy development programming for children everywhere was real and worthy. It was filling out the application that forced me to look at some of Imagiread’s proudest achievements, ones that I’d forgotten all about with time. I was so happy to click send when I did and can’t explain how it felt to receive the email saying that Imagiread was a finalist. I thought to myself then that if Imagiread made it to the finals that it was good enough but WomensNet saw fit to choose Imagiread for the December 2017 Amber Grant — and it was mindblowing.

That was when I started to feel like things were on the incline again, and while they were, struggles continued.

Since Imagiread won the first grant in December 2017, we’ve undergone tons of changes. The entire year of 2018 was dedicated to professional development. I went back to my roots in networking and partnered with the National Afterschool Alliance, the Maine Mathematics Science Alliance, Khan Academy, Arte Publico Press, Lee and Low Books and the Alliance for Healthier Generation. With new credentials in hand, Imagiread developed new S.T.E.A.M-based programming for children ages 4-12 and aligned the curriculum to the Social-Emotional Learning values as set by CASEL. Things were on the incline for Imagiread but not without more personal struggles. My home was broken into, my oldest son was hospitalized for weeks, and I’d lost my only vehicle.

I knew that I couldn’t let anything deter me from moving Imagiread along and so I grew even more determined. Every now and then I’d log onto Facebook and see where a woman reacted to my review of WomensNet. Each time it made me smile and remember that there are women everywhere forging ahead despite challenge and struggle and so I continued.

December 2018 was the month I’d find out if Imagiread qualified for the $10,000 annual Amber Grant. I’d only remembered to start encouraging my community to vote for Imagiread just three months prior because so much had happened. Just as I was about to record a video about what Imagiread had accomplished in late November, I learned that my home had black mold and I had to temporarily locate. Once my children and I got situated I recorded a video and sent it off. Again, it felt amazing to reflect on some of Imagiread’s proudest moments. Especially combined with the professional development we’d undergone.

In January I learned that Imagiread wasn’t chosen for the $10,000 grant but was chosen for a $2,000 award. I was absolutely ecstatic. Here again, I had another opportunity to be incredibly grateful for a team of women who believe in and invest in women. It’s so inspiring to know that I wasn’t alone and that Imagiread matters.

Winning not one but two grants from WomensNet has considerably changed Imagiread’s forecast. I’ve since been able to launch an exclusive web series for parents, educators and community organizers entitled Literacy Development for 21st Century Learners. The series invites viewers to become members affording them access to Imagiread’s curriculum, learning activities, exercises, and resources.

By Fall of 2019, our literacy development subscription box service will be up and running which will help us to track engagement data for our app that is currently being mapped and developed. From there we are looking forward to taking what we’ve learned about how our children learn in-home, at school and during extended learning programs and developing custom experiences for differently abled children, including those with impairments. Programming will be translated into at least four languages, and that will get us on track to building our first tech bus, think AI meets bookmobile. And that’s just the beginning.

I can’t say it enough, WomensNet is a phenomenal organization. One that has a profound impact on the development of women-owned businesses everywhere. I can’t say thank you enough.