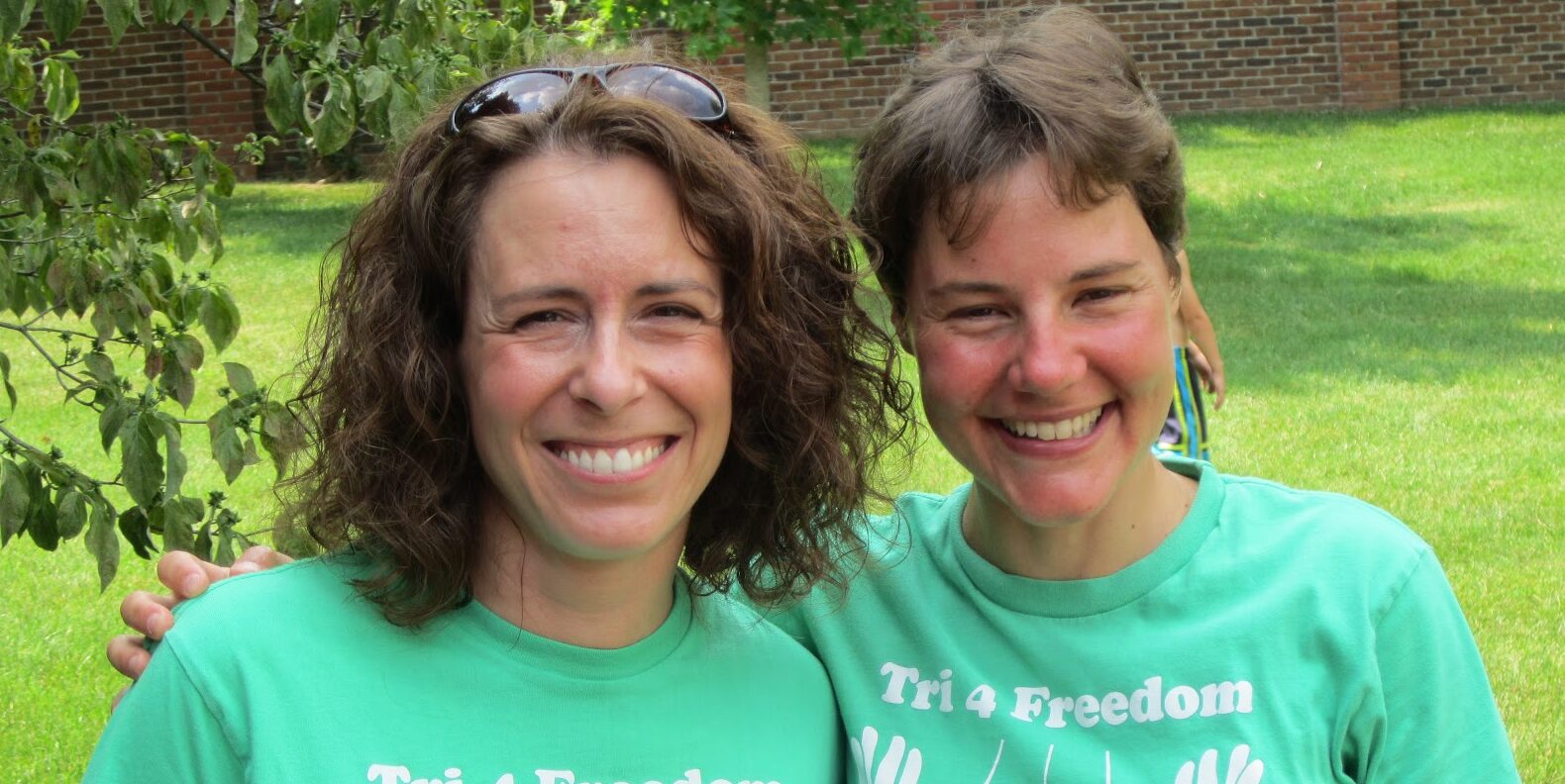 May 2012 Amber Grant Awarded to Tri4Freedom.com 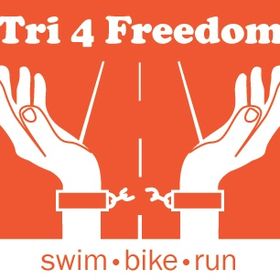 We’re thrilled to introduce you to the WomensNet.net Amber Grant winner for the month of May. Paula Heron is the head of a non-profit, Tri4Freedom, Inc. Below is a short interview with Paula. We hope you’re as inspired by her story as we were. And as a quick reminder, yes, we are now taking applications for the June Amber Grant. It only takes a few minutes to share your story with our judges.

WNN: Can you tell WNN readers about your business?

PH: Tri 4 Freedom is about using the sport of triathlon to do three main things: create awareness about human trafficking, promote fair trade in sport, and help support people who are survivors of human trafficking. Tri 4 Freedom has only been going for 6 months. In this time we have hosted an indoor triathlon which raised funds for trafficking survivors in Kentucky. We also set up at fair trade events and running/triathlon events and sell T-shirts made by survivors in India. In a few days, I – along with 4 other athletes — will endure a 27 hour triathlon to represent the 27 million people enslaved worldwide. The finish of this triathlon will coincide with a fair trade festival where vendors and organizations will showcase their efforts in combating human trafficking.

WNN: And what is your business model in terms of funding this effort?

PH: My goal with Tri 4 Freedom is to eventually develop a line of fair trade triathlon apparel that will not only help empower survivors or women in impoverished communities but will reinforce the importance of the principles of fair trade and make people aware of the growing rate of human trafficking.

WNN: Would it be fair to say that you want to use your entrepreneurial skills to support a cause as opposed to simply making money for yourself?

PH: Yes, most definitely. Tri 4 Freedom is a social enterprise that exists for the sole purpose of improving people’s lives. People who, because of their circumstances are vulnerable to being exploited, or have been freed from a trafficking situation and are trying to re-build their lives. I have endless energy and passion for this cause and my new entrepreneurial role is one I take very seriously.

WNN: The judges were moved by your idea of a cause-related apparel line. Can you tell us why/how you were drawn to the cause of human trafficking – and how it melded with triathletes?

PH: My awareness of human trafficking came from a movie. But I didn’t know just how prevalent human trafficking was all over the world, including the United States. The form of human trafficking that plagues my mind, in particular, is sex trafficking of women and children. The trickery involved in luring women into this trade and the subsequent brutality I find deeply disturbing and horrifying. I think of my own journey moving away from my home country of South Africa to pursue my dream career, and that victims of human trafficking are just like us – yet vulnerable because all they want is a better life for themselves and their families. Targeting triathletes in my passion for fighting human trafficking was a natural fit for me because of my involvement in the sport and the uniqueness of what I am trying to accomplish. The causes that do have a presence in the triathlon arena are mostly health-related, rather than human rights. Triathlon is a growing sport and I think is an effective platform to not only raise awareness about human trafficking but I believe to potentially be a powerful driving force in promoting social and environmental sustainability.

WNN: Tell us a bit about the notion of “fair trade in sports.”

PH: The availability and consumer awareness of fair trade items is increasing. The most common of which include goods such as coffee, chocolate, clothing, jewelry and crafts. While some fair trade sports apparel does exist, it is very limited and does not include triathlon apparel. I applaud the move toward the use of more Eco-friendly fabrics in performance apparel but to date I am unaware of any fair trade certified triathlon-specific apparel. Fair trade in sports goes beyond apparel and includes examples such as having fair trade coffee served at races, using fair trade chocolate in sports nutrition products and using ethically made sports products in general. With regards to human trafficking, sports items made by trafficking survivors in particular would help empower them to re-build their lives and raise awareness about the travesty of this issue. Racing events are already shifting toward going “green” signifying environmentally friendly – the same should be true for ensuring people friendly. Triathletes, and sports men and women in general, have the power to drive social change just by challenging and altering the status quo.

WNN: What are your plans for the Amber Grant?

PH: I’ll use it to buy fair trade coffee. Typically at a small local triathlon has as many as 200-400 athletes compete. What I do is set up a Tri 4 Freedom tent at these races to display our shirts and give out information about what we do. One way to engage the athletes and spectators is by having coffee available that attracts them to the tent. I did it this past weekend and I had bought coffee and all the supplies and was selling it for $2 per cup. The idea didn’t work. Folks who came by wanted coffee for free. Our financial situation, being so small, won’t allow for us to do this. The Amber Grant will allow me to give cups of coffee free to people who came by our tent and still allow me to pass out information on human trafficking and fair trade. The flyers, posters and stickers on human trafficking we get free from the US Department of Health and Human Services.