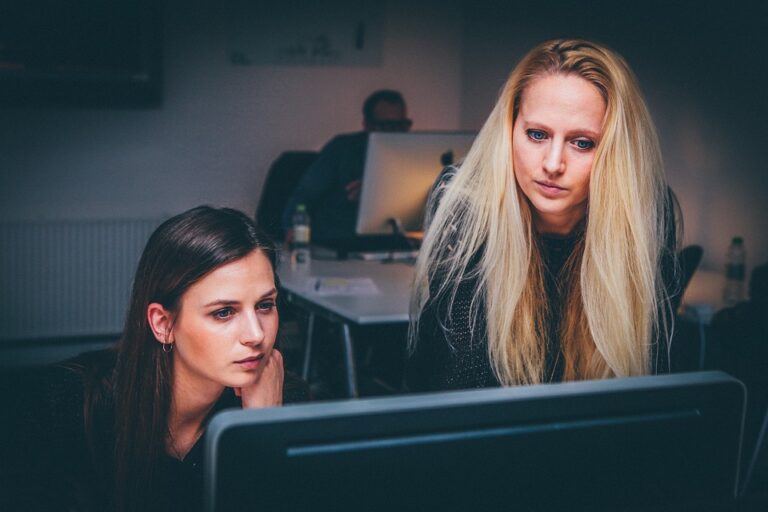 5 Lessons I Learned During My First Year in Business

That first year in business is one of the hardest. You’re learning how to sell your products and services while simultaneously figuring out how to build a business. It’s a lot like flying a plane while you build it, as the saying goes.

The good news is that the vast majority of small businesses do survive their first year. In fact, a resounding 79.8% were still in business after Year 1, according to the US Small Business Administration’s Office of Advocacy. That’s not to say surviving and thriving are easy. That first year provides many opportunities for growth.

So if you think back to the biggest and most important lessons you learned that first year as a business owner, what would they be? Or as you’re creating the foundations for your business during your own first year, what have you learned so far?

We asked dozens of women entrepreneurs that question and distilled their answers down to the five we thought were the most insightful. You surely had your own five biggest lessons, and they may be completely different from this list. But as you continue to grow your venture, these may be lessons you need to learn now.

“As soon as I let them go, the culture got stronger and the bar higher,” she says. Hire slowly and fire quickly is now her mantra.

“For technical areas of expertise, such as legal or accounting services, I would highly encourage that you prioritize your funds to hire an expert. The upfront investment will help you build a stronger foundation and save you money in the long run,” says Lassow.

Saloni Doshi, CEO of EcoEnclose, a sustainable shipping supplies company, avoids overwhelm by mapping out her priorities each month. “Then each week, I plan how much time I’d like to spend on each one. It’s a great way to make sure you’re organized, hitting your goals, and making time for the things that matter,” Doshi says.

But her jubilation turned to frustration when she discovered that the company’s web developer had toggled a button “off” to prevent customer credit card data from being captured and saved. That was problematic since Cheekd’s business model is based on a recurring subscription model that requires credit card data to be stored. She estimates the company lost on the order of $30,000 from hundreds of orders that couldn’t be renewed. Her takeaway? Test everything to make sure it works as you expect before launching.

Alex Tran, a deals and lifestyle blogger at Schimiggy, quickly discovered that online customers appreciate talking to a live human. About 13% of her customers are repeat buyers, she says, who “do more than just purchase. They interact with me on social media and through my blog and I’ve become friends with many!”

That first year is tough, but as time goes on, you should be proud of all you’ve accomplished—the connections you’ve made, skills you’ve developed, network you’ve established, and recognition you’ve received as a result of your idea and your efforts.

Your second year in business may not be easier, but it will definitely be different, full of new ideas, customers, and experiences you can continue to learn from.