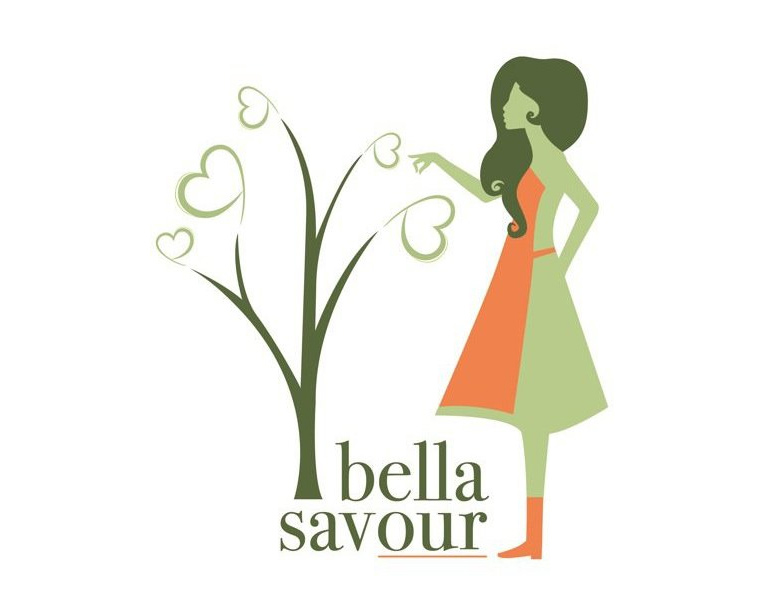 We’re excited to announce our WomensNet.net Amber Grant winner for October:  Bianca Blanco is the owner of Bella Savour, a bakery that does fantastic desserts – with a complete vegan menu.  Our judges were taken by Bianca’s business savvy, her website, her use of social media videos, and the way in which she has branded herself and her business.  Oh, and her cakes and cupcakes looked delicious!  Below is an interview with Bianca – and a quick reminder that we’re now accepting applications for the November Amber Grant.  We’d love to hear your story. If you or your business could use a boost, please apply NOW!

BB: Wow! Thank you so much!I feel so honored to be recognized by WomensNet.net.

WNN: How did you come to be self-employed?
BB: First, I spent a lot of years working for other people — putting so much passion and energy into someone else’s vision only to find myself disposable when the economy took a turn. And secondly and most importantly, I have an amazing product. Not only do I want to produce delicious vegan baked goods but I also want to deliver a message of health and empowerment to know what we are consuming and how it is produced.

WNN: How long ago did you start up Bella Savour?

BB: Bella Savour was started in early 2011, but I previously had another company under a different name that was also a cake decorating company – but not vegan. After deciding to become vegan, I struggled with the idea of serving people something I didn’t believe in. It took a little while, but early 2011 I decided to start from scratch and take my business 100% vegan. Change the name, concept, everything.

WNN:  That must have been quite a risk.

BB: Many people advised against it from a business standpoint, but I had to follow my gut on this one. If people stopped buying cakes from me because they were vegan then I would be ok with that and do something else. Luckily that didn’t happen at all. It’s been embraced that I stood for my beliefs.  And this platform gives me an opportunity to do more than sell cakes. I really want to expand the educational side of the business where I teach workshops and cooking classes.

WNN: What was the key to changing your business model?

BB: My goal was to sell cakes that tasted as good or better than before.  After a year of troubleshooting recipes, I cracked the code! Bella Savour cakes are super moist, delicious, rich cakes that no one knows is vegan unless told. Bella Savour is one of the only vegan companies to make elegant custom designed cakes. Bella started with cakes but will be much more. I’m in the process of writing my first cookbook as well and I would like partial proceeds of this cookbook to go to other women starting plant based food companies.

WNN: What’s the most popular thing you bake?

BB: Cupcakes are super popular of course. My cookies are also extremely popular as well. The other surprise is our vegan chocolate mousse which uses avocado as its base. If I don’t tell people they have no idea. It just tastes like an incredible and decadent mousse but people are always blown away and pleasantly surprised at the taste and how healthy it actually is. Overall our products are popular because it makes people shake their head and say “No way is this vegan!” That’s my favorite thing.

WNN: Our judges loved your Vegan in the City video.  What inspired that and who helped you produce it?

BB:  Oh I’m so glad! Vegan in the City is my brainchild. A dear friend – a producer of Long Beach Voices – shot it and edited it for me. I would love to shoot one every week and for it to be picked up by a network tomorrow. It started because first of all I’ve always wanted a cooking show. I even pretend to be hosting a cooking show when I’m in my own kitchen. Hahaha. But the other reason is that I find that people are so curious about my lifestyle. It’s interesting to some, scary to some, and I always get the question, “but what do you eat, just lettuce??” I also know that there is a certain stigma that comes with the word vegan. People expect a certain type of character for some reason and I knew I wanted to breakdown these stereotypes and fears of the word vegan. There is nothing like it yet on the Food Network and I think people are looking for more options for their diet. I would love to just be able to inspire people to have a meal each week that doesn’t include meat and I think people want that. It’s not necessarily an attempt to turn everyone vegan but just to inspire the idea that including more veggies doesn’t mean missing out on a great hearty meal. I mean who would complain about a braised wild mushroom and asparagus pasta with a white bean and basil crostini and a glass of white wine? Even our biggest meat eating friends would enjoy that!

WNN: What are your plans for the Amber Grant Money?

BB: We’ve just been accepted into Whole Foods Markets. This is great, but of course there are many expenses that come with this blessing. So we need help to get a couple permits that will allow us to sell wholesale now, as well as finish up the design of our packaging so we are ready to go! The Amber Grant will let that happen. Bella Savour has been through some challenges and finally getting such a win as being accepted into Whole Foods Markets is great – but of course without all the resources to make it happen it will be and “almost achieved” dream and I’m not willing to let this one pass.

WNN: Any plans for expanding nationally some day?

BB: Absolutely. We have major plans to expand nationally. Because I used to work in the natural food industry, I know what it takes to make that happen and know that for our Bella Savour products.  It’s just a matter of strategic planning to make sure we are set up for success. We will start in stores locally and expand strategically until we are in stores nationally. We think it’s great to go into stores.  But also more exciting news – we’ve decided on opening our first location by March 2013 in the Los Angeles area. Something we know will be well received because for as progressive as the Los Angeles area is for vegan, it still doesn’t have a vegan only cupcake/cake shop! So we are ready to fill that void. We think making these happen together will really help us build brand recognition. And within a couple years expanding to an east coast location as well.