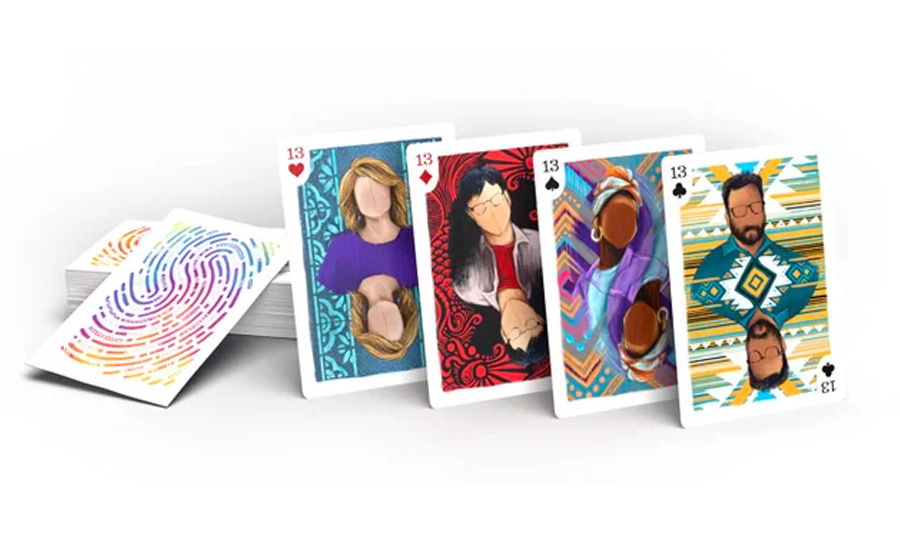 “My ultimate goal is to create a series of decks in collaboration with other artists featuring their own ethnic/cultural suits…because they know their cultures better than I do.  It was hard to narrow down all of the options to create the single deck because the world has such a rich diversity of cultures.

With the growing interest in celebrating global diversity, we chose to start this project as a way of starting conversations. And we chose to do that by challenging a long-standing (but probably unconscious ) bias —  an all-white, male dominated hierarchy. Diversity Sketches shifts the visuals to be gender-balanced and includes 4 DIFFERENT ethnicities.”

Christalyn is using the mini-grant to print the first edition of the Diversity Sketch cards. After that, she’s planning on inviting global artists to create a 2nd deck featuring even more ethnicities.